With the festive season in full swing, it’s time to continue our 12 days of rugby. Finally, it’s France’s extraordinary triumph against New Zealand at the 1999 Rugby World Cup in Wales.

Although Wales hosted the 1999 World Cup, several of the tournament’s fixtures were played outside that country with England, Ireland, France and Scotland also hosting matches and that is why this semi-final showdown took place at Twickenham.

Like most games they play in, the All Blacks went into this encounter as the favourites to emerge as winners after they cruised through their previous encounters without really being tested.

They secured comfortable victories in their pool matches against Tonga and Italy and sandwiched in between those games was a tricky assignment against England, but they won that clash by a 14-point margin, before also sealing a 30-18 win over Scotland in the quarter-finals. The undoubted star of the show was behemoth wing Jonah Lomu, who crossed for tries in all of those games and had already wracked up six five-pointers by the time New Zealand had to face France. 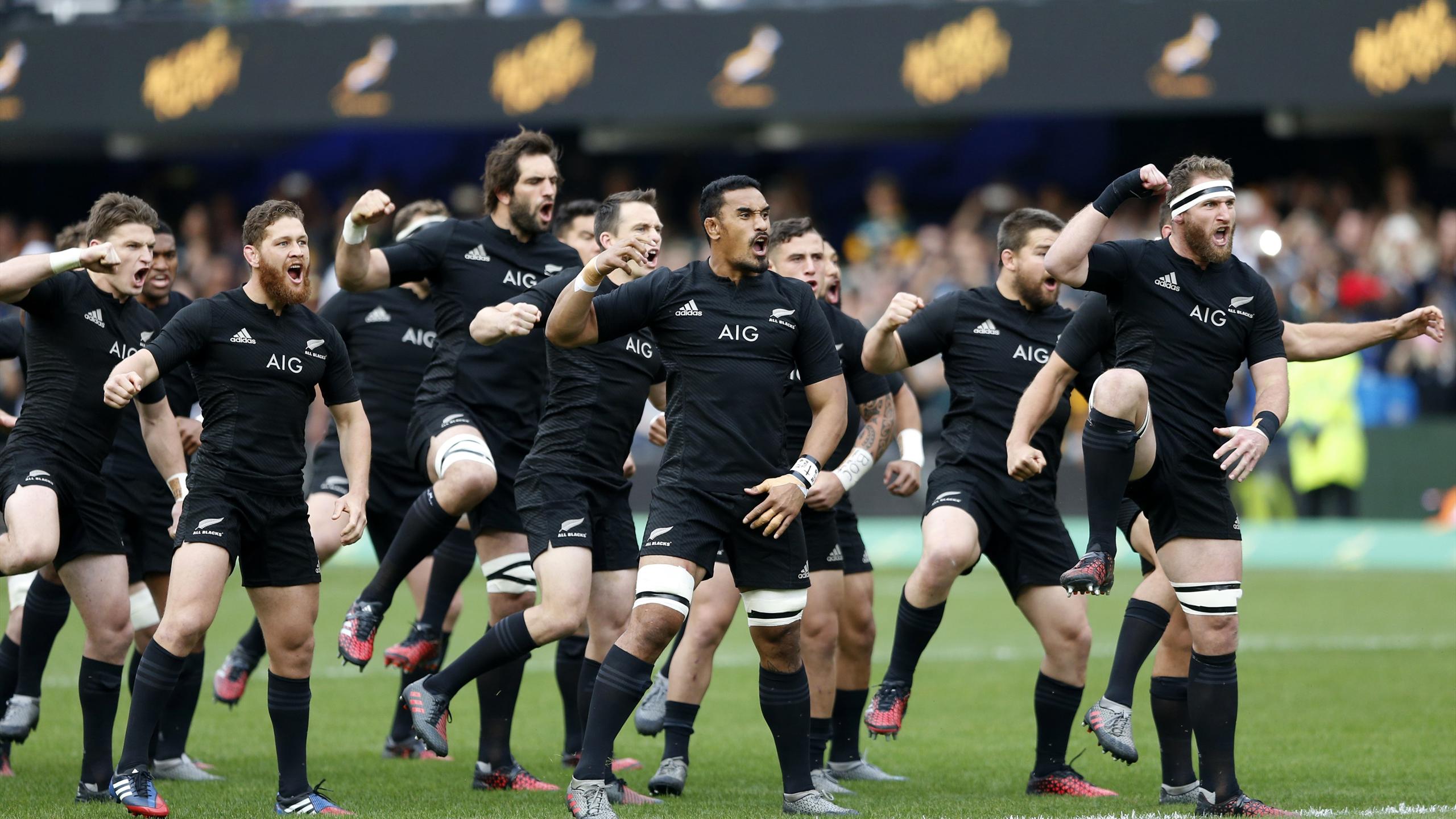 By contrast, Les Bleus had reached the semi-finals with much less fanfare after notching victories against Fiji, Canada and Namibia in their pool matches before beating Argentina in their quarter-final.

In the semi-final, it was the men in black who came out firing and they raced into a 24-10 lead after 45 minutes thanks largely to the efforts of Lomu, who left several defenders in his wake as he went over for a brace of tries.

France needed a response and that came courtesy of two penalties and two drop goals from Christophe Lamaison which meant they were trailing by just two points after 55 minutes. It was all France during the next five minutes as first Christophe Dominici and then Richard Dourthe scored well-taken tries and the game’s whole complexion had changed with Les Bleus now leading 36-24 by the hour-mark.

Within a 15-minute spell, France had wrestled the initiative away from their more fancied opponents but they were far from done as another five-pointer, from Philippe Bernat-Salles in the 74th minute, sealed a spectacular victory and arguably the greatest comeback in the history of the World Cup.

The All Blacks were visibly shell-shocked as they saw a place in the final go up in flames, and although they struck back with a try from Jeff Wilson during the game’s closing stages, it was too little too late as Les Bleus advanced to the tournament’s showpiece event where they eventually lost to Australia.

Why it will live long in the memory

Both New Zealand and France are renowned for playing the game with attacking intent and entertaining their spectators in the process but the big difference between the two nations is the inconsistency and unpredictability of the French.

This match is a wonderful illustration of those traits as Les Bleus seemed dead and buried but write them off at your peril as the All Blacks discovered with devastating consequences. France head coach Jean-Claude Skrela deserves plenty of credit for his side’s willingness to take bold risks and they were rewarded for their efforts.

In Lomu, the All Blacks had arguably the best ever match-winner to feature at a World Cup and he showed his worth by scoring his two tries against Les Bleus – an achievement would make him the tournament’s top try-scorer for the second successive World Cup. His second try – where in the build-up his physicality proved to much for a plethora of defenders – will be shown on World Cup highlights reels for years to come.

Although his performance was brilliant, this match was about its victors with the likes of Lamaison, Dominici and Dourthe leading the way with excellent showings while Bernat-Salles, Fabien Galthie and Olivier Magne also left their stamp on this match with superb attacking performances.

As a spectacle, this encounter had it all. End-to-end action, drama, incredible intensity and a turn-up for the books. Les Bleus were never expected to win and once they had their backs to the wall, they flipped the script during a thrilling 15-minute period which had a massive impact on the end result. The memories from that second half will be everlasting to the players and fans from both sides.

Australia and New Zealand will play in the re-scheduled 2021 Rugby League World Cup, organisers have confirmed.

The tournament in England, due to start last month, was postponed for a year after both teams withdrew because of “safety concerns” related to Covid-19. 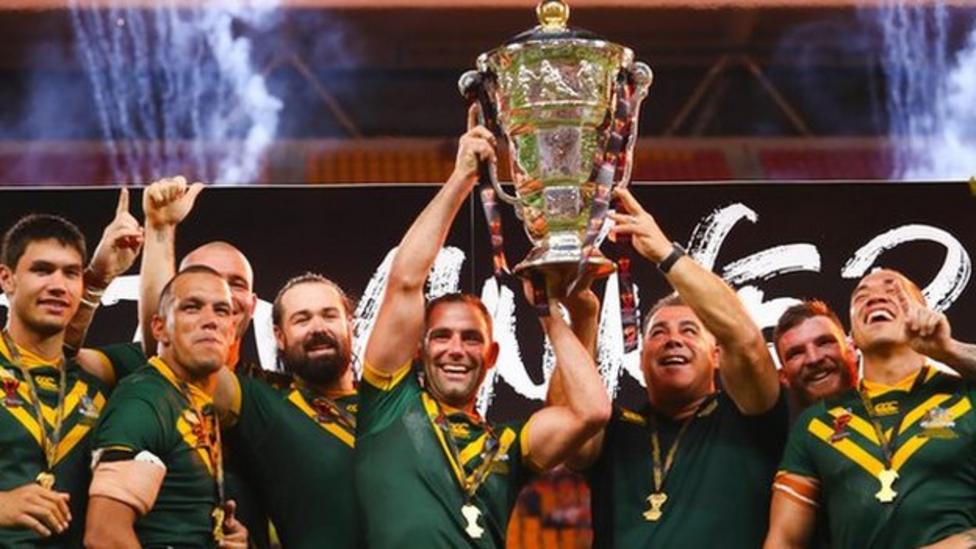 The five-week tournament will now take place between 15 October and 19 November next year.

“Today is a very important and exciting milestone on our journey to 2022,” RLWC chief executive Jon Dutton said.

Australia and New Zealand will join 30 other competing nations across the men’s, women’s and wheelchair events in a “bigger and better” tournament in 2022.

Dutton added: “We have dedicated our energy towards rebuilding. A huge amount of work has gone in behind the scenes and thanks to so many people we have the opportunity to deliver a bigger and better tournament next autumn.”

Despite the postponement of the original event, only five matches have been impacted, with the full 61-match schedule set to be released on Friday.

England will still open the tournament with a group game against Samoa at St James’ Park, Newcastle, with all games to be shown live on BBC channels.

Organisers also confirmed the re-introduction of the Physical Disability Rugby League World Cup to be held in Warrington, with Ireland as a sixth participant.

Sports Minister Nigel Huddleston said: “Rugby league means so much to many people across the country, so I’m delighted the Rugby League World Cup is on track to kick off next autumn.”

What devices can stream or cast the New Zealand Rugby live to my TV?

You will need an internet enabled device such as a Samsung Smart TV, smartphone, laptop, Chromecast or Apple TV to access the games live.

Spark has advised that you can currently watch Spark Sport on the below devices:
Google Chromecast

A Google Chromecast plugs into the HDMI port of your TV and uses your home WiFi to stream sports from your device onto your TV. When watching something on the Spark Sport app, just click the Chromecast icon, at the top right hand side of the screen, to cast the sport to your TV. You can also cast from the player in a Chrome browser.

You can also catch the action from the Spark Sport website, either on your laptop or desktop computer. Spark Sport is available on Windows 7, 8 and 10 and MacOS X on the following browsers: Chrome, Firefox and Safari.

If you’re out and about, sometimes you’ll want to watch the action from your smartphone. To do this head to the App Store or Google Play Store and download the app. The Spark Sport app works on iOS 10 and above and Android 5.0 and above.

Spark Sport will use your mobile data for streaming, if you are not connected to WiFi.

The Spark Sport app is available on 2017+ Panasonic Smart TVs.

You can download and watch Spark Sport on your Freeview SmartVU streaming device.

Download the Spark Sport app on to your Freeview recorder

Devices and tech still to come

Spark is working to have new devices compatible for Spark Sport in time for Rugby World Cup 2019™, keep checking back here to see when these become compatible.

You’ll need to download the Spark Sport app and purchase a Rugby All Blacks Game 2020 pass to watch the all the games live. But you don’t need to be a Spark broadband or mobile customer. You can either buy a pass to watch individual games, or a tournament pass to watch everything live or on-demand.

12 matches will be free-to-air on TVNZ 1. With 1-hour delayed coverage of all New Zealand pool matches and the quarter-final, and live coverage of the semi-finals and final.

Live streaming on TVNZ 1 via TVNZ OnDemand or on the TVNZ app will be turned off when airing any matches. If viewers usually watch TVNZ 1 online through TVNZ OnDemand, they can either stream from Spark Sport or switch to free to air broadcast TV to watch on TVNZ.

At this moment, the Wallabies had a glimmer of hope to get off to a winning start in the Bledisloe Cup. Thanks to a great run from Hunter Paisami, Kellaway put Australia behind by a point. It was a great moment for the New South Welshman.

Dave Rennie has a selection headache next week. He knows Jordan Petaia is a potential option at fullback and when Tom Banks spilled that high ball that hit him square in the face, Petaia’s name might have been on the No.15 jersey. But a couple of late tries and a better second half showing might keep Banks in the reckoning to stay at the back.

Too little, too late for the Wallabies. 🇦🇺🇳🇿

The All Blacks take ANOTHER win at the Eden Park fortress! 🔥🏰#9WWOS #BledisloeCup #Wallabies #TRC2021 pic.twitter.com/G9Jh18ssXh

Where was this Wallabies team in the first 60 minutes?

They scored three tries in the final 12 minutes of the match to bring the final score all the way back to 33-25.

Jordan Uelese scored the final try of the night off the back of a rolling maul.

The All Blacks will be filthy with how they finished that match. They switched off. It was very uncharacteristic.

But they finished with the result they were after. The hoodoo continues.